Students from Years 8-10 came back victorious from the finals of the Sustainable Futures Innovation Challenge in London. Hundreds of schools across the country took part, with the Co-op Academy students first winning a place in the semi-finals as one of only three state schools in the twenty semi-finalists, and then making it into the last eight.

They won the Guests Award judged by expert members of the Royal Academy of Engineering, including staff from the Royal Air Force, Google’s AI team and the event’s main sponsor, Shell.

The competition, organised by the Royal Academy of Engineering, asked students to come up with creative solutions to the global pressures brought on by an increasing human population.

The students, aged between 12 and 16 formed a team called ECON and have been working on their presentations for many weeks. 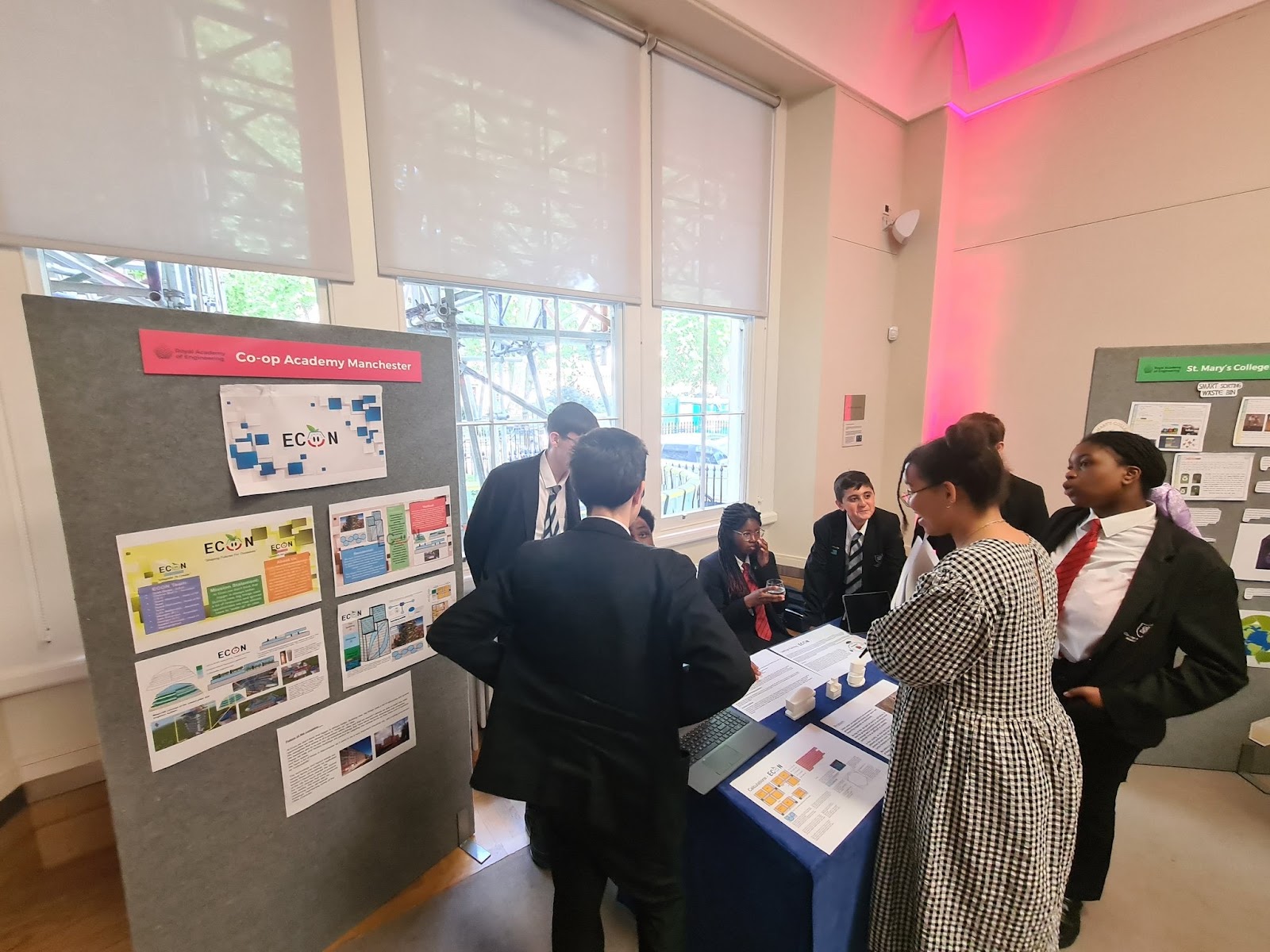 The judges were greatly impressed by students’ familiarity with the wider social issues that the competition addressed; encouraging an uptake by BAME communities into engineering careers and engaging individuals to address their personal impact on climate change. The academy serves a multicultural area of North Manchester, and this gave the students an edge in talking confidently about such important issues.

The event was extra special, marking 10 years of the Royal Academy’s programme of connecting teachers working in Science, Technology, Engineering and Maths.

Science Teacher Mr Simpson said, “Our students are so passionate about building a sustainable future and they are full of ideas. These kinds of activities really help students see the bigger picture and feel empowered to pursue their love of science and engineering for the future. We’re so proud of them for presenting to an audience of experts in the field”

The prize includes £2500 for the school, which will be used to further support students to engage in Science, Technology, Engineering and Maths projects and all team members received an individual prize of an app-controlled, programmable robotic ball to take away with them. The Royal Academy of Engineering will also present a model of the students’ ideas to the school. The model is currently on display at the Royal Academy’s headquarters.

Pawel in Year 10 came back buzzing from the experience. He says, “the trip to London was a great reward for the countless hours we spent on our project. The competition was intense, and it was amazing when we were announced as the winners in front of the important guests from Amazon, Shell and other companies.”